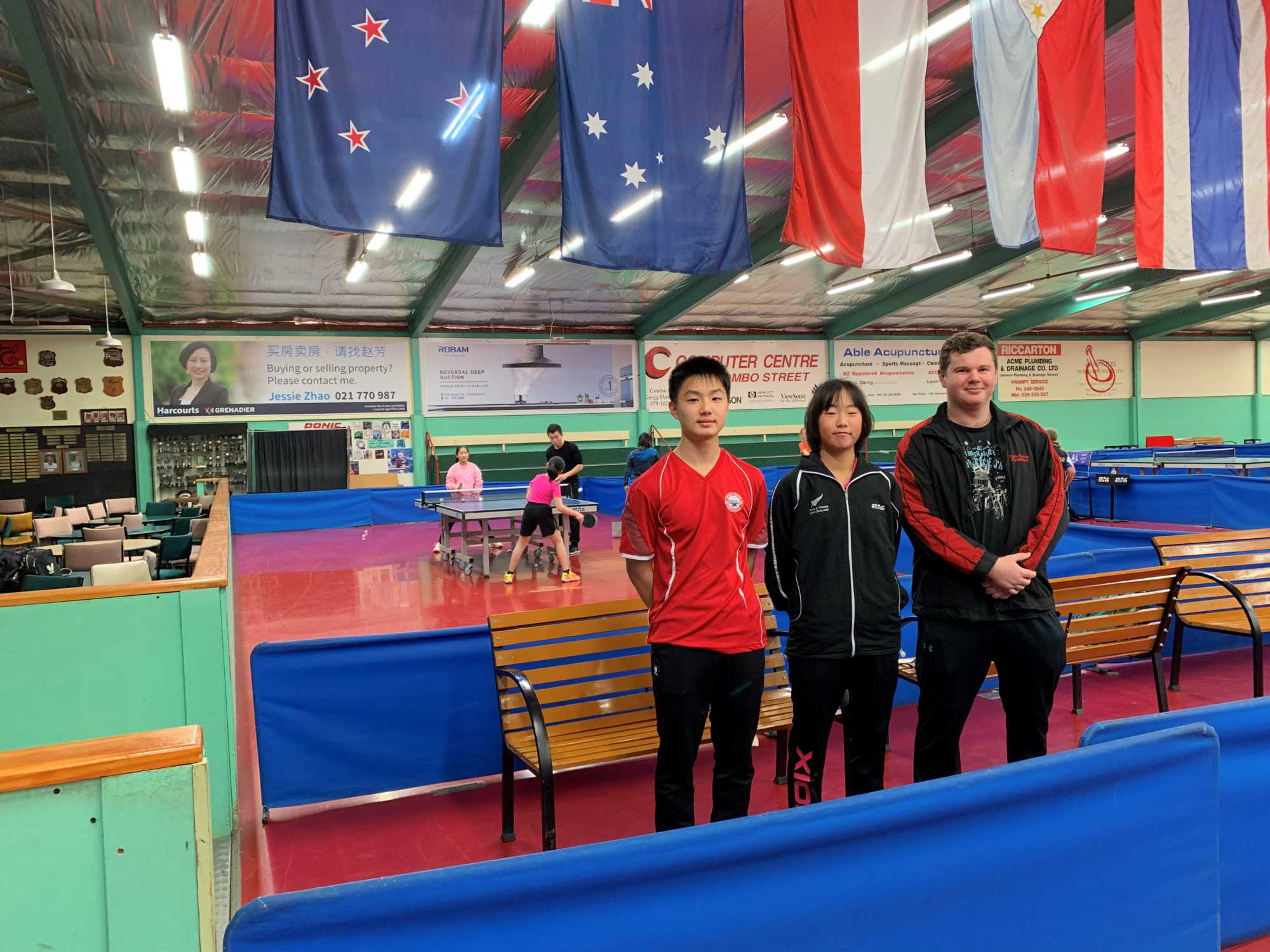 In a minority sport where adults tend to “fade off,” youth are taking the lead by providing quality experiences in table tennis for their peers.

Table Tennis Canterbury has experienced a surge in numbers in both girls’ and boys’ junior and youth players in recent years. This year 1,200 young people opted to play table tennis as their chosen sport, a massive increase from 684 players the previous year.

This growth has led to the development of 10 teenage players and participants who are seeking internationally recognised coaching qualifications. They support this growth by offering their expertise as ‘Youth Coaches’ for their clubs’ younger players.

Sangyong Park (15), a current player and Youth Coach, describes his motivation for wanting to get qualified as, “A passion for developing the sport further in Canterbury.” He adds: “Watching the players improve is all I really need.”

Table Tennis Administrator and Stadium Manager Jesse Wilson has experienced this development process first-hand, having come up through the ranks. He started as a beginner when he was 15, then later decided to become a Youth Coach. After studying a degree in Sports Coaching at the University of Canterbury, he now facilitates many of the stadium operational duties.

Jesse believes that children and young people are drawn to this game because it is a “sport like no other, that is for everybody, where kids who don’t play mainstream sport come to play in one of the biggest stadiums in New Zealand.”

Jesse is also quick to point out that although the sport isn’t considered ‘mainstream,’ novices shouldn’t approach it as a “walk in the park.”

Table tennis in fact enables its players to develop reaction speed, hand eye coordination and critical thinking. However, “it really is up to the individual and how they want to play the game, whether it be for fun or for a bit of competition depends on what they want to get out of it, but we accept anyone who wants to give it a go.”

Grant Wilson, who oversees player development and coaching comments: “There are pathways to allow for our youth to take things further in this sport if they want, but it’s always their choice.”

Aside from the school competition, the regional sports organisation runs beginners’ classes for junior groups as well as coaching groups for children up to 12 years old. Para groups are also welcome, with an under 18 Para session held at the stadium every Tuesday. As well as this, training sessions for beginners right through to seniors are held throughout the week. The stadium also opens its doors to the public whenever there is a spare table from 2pm onwards on a weekday and 1pm on the weekend.

Table tennis in Canterbury is ‘ahead of the game’ by allowing its young people to pave the way to create pathways for others to enjoy the benefits of a sport that is “for everybody.”