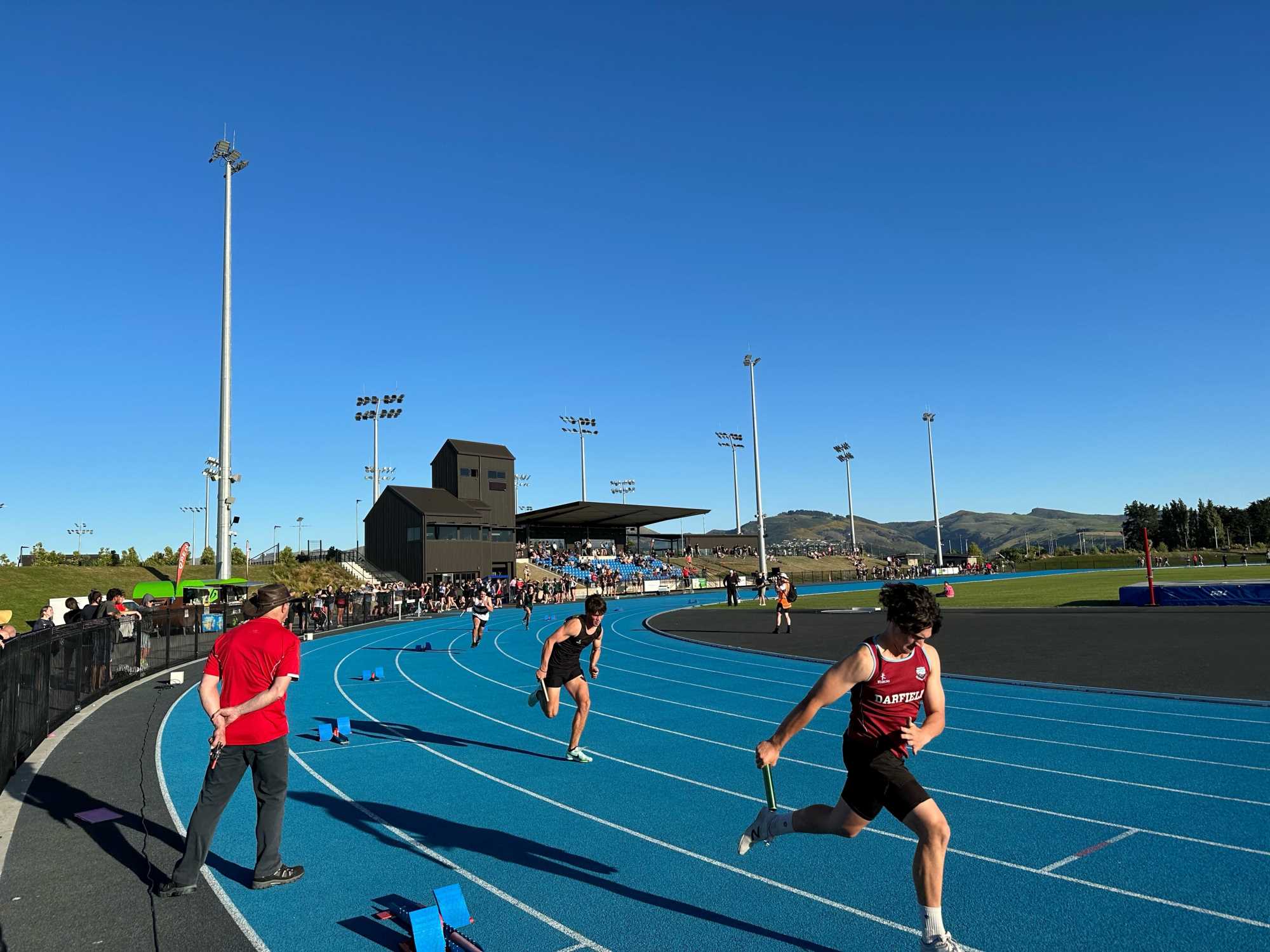 You really can’t beat Ngā Puna Wai on a good day and last week Ōtautahi really turned on the weather, which made for a great week of sport at the facility.

One such event that experienced Ngā Puna Wai at its best was the postponed March 2022 Canterbury Secondary Schools Athletics Championships, held from Thursday 3 November to Saturday 5 November.

A total of 403 athletes from 35 schools ranging from Mt Hutt College to Greymouth High came together over the three days – a great turnout considering the event was postponed from March due to Covid-19 and had never been run in November previously.

A new format was also introduced by event organiser’s School Sport Canterbury with two twilight meetings held from 4-7pm on the Thursday and Friday as well as an afternoon session held from 1-6pm on Saturday the 5th of November.

Event Director, Bill Grogan was pleased with how the new twilight sessions were received saying, “The format worked very well and gave parents the opportunity to be there – it’s something we will consider again in the future.

“It was good to see the level of support from schools who engaged with this opportunity outside the usual school athletics final dates, when the event is usually held earlier in the year,” he adds.

Every year the event is held with support from the schools and Athletics Canterbury who volunteer as Officials, who were again a prominent feature of this year’s event.

Adding the event to the end of the school calendar instead of skipping it entirely, ensured that the Year 13’s got to participate in their last event, while the Year 9’s were able to represent their school for the first time at this event.

“It also provided a great opportunity for those athletes who are going to the New Zealand Secondary Schools Champs in Taranaki to have a good level of competition in the lead up to the event in December.

“Over the three days, a total of 17 new records were set, 11 field events and six track events, which proves the benefit of having a high-quality all-weather track,” adds Bill.

One record in particular to note, was the achievement of Cooper Wightman, an Under 15 Christchurch Boys High student who ran the 800m in 1:59.21, a record that was set at Christchurch’s last all-weather track at QE11 in 1974.